Daal Mein Kuch Kaala Hai is a tale of a budding actress (Veena Malik) who is over motivated to become a successful in Bollywood. The story starts with Mr. Dabu who is a middle aged man in his forties, a total looser absconded and is being left unaccompanied in life. All of a sudden he gets rich after hitting a roll-over prize of birthright, and then decides to walk off to this actress to share his destiny and his future in the company of her. The starlet gets surprised and shocked after witnessing so much of wealth with him in cash. She initially agrees what his boyfriend had planned out to con Mr. Dabu, but is totally puzzled on what to carry out. They both sooner or later travel to the mysterious island, which is further followed by her boyfriend and a couple of unknown friends. The entire journey is filled with full humor, enjoyment and entertainment. Written by Aanand Balraj 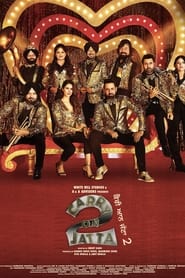